The game as I see it 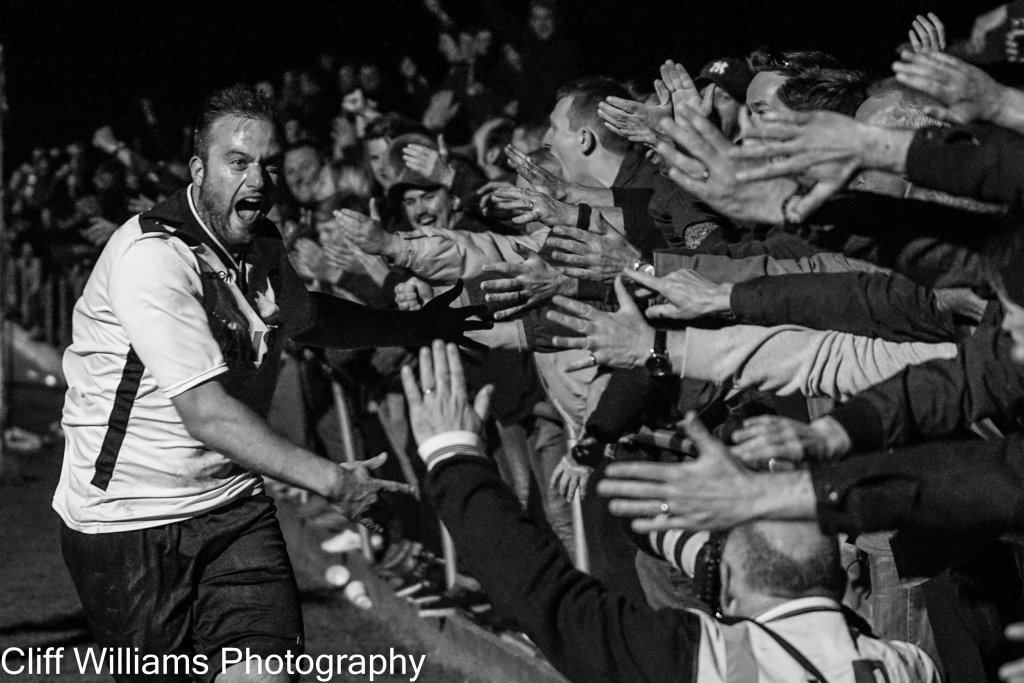 "The Beast celebrates" Mike Symons of Hereford FC celebrates with supporters after scoring
31/12/2017
I am the club photorapher for Malvern Town Football Club and also shoot for Hereford FC, this talk is not aimed at football fans alone, I will pass on my experiences of what it is like to shoot to a brief, for an organisation rather than yourself, there will be a technical aspect and you will see plenty of images, but, the talk is also about planning and preparing for a shoot (of any type). Along the way we will see images of match action, portraits of players and of the people who make any Football Club, the most important people the supporters.

The games I cover may not be at a high level, but the passion and determination is the same, my adventures with a camera have taken me from soaking wet and foggy afternoons in the Black Country to shooting Hereford FC at Wembley Stadium itself.
Next
Previous